Here you will find press releases form the current year as well as announcements from previous years. 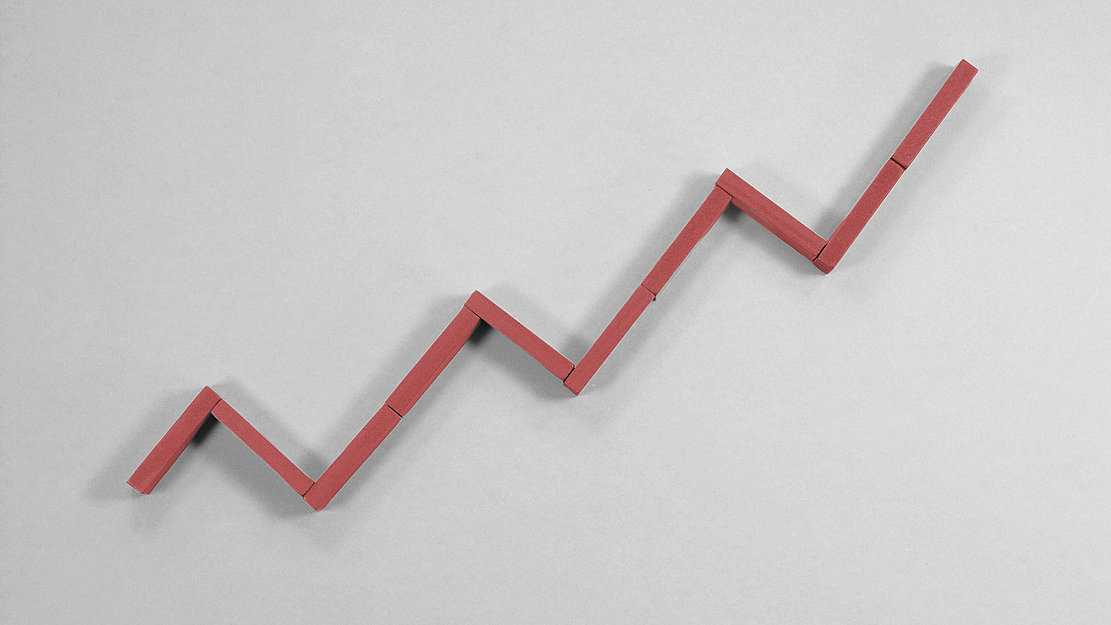 Absolute return and liquid alternatives funds approved for distribution in Germany experienced significant inflows in the first half of the year. After four rather stagnant years from 2017, the volume of these funds exceeded the EUR 300 billion mark for the first time. Despite the inflows in the segment as a whole, capital was withdrawn from almost half of all funds (45%). The main beneficiaries of the return of investor interest were the largest funds and, at individual strategy level, managers of Absolute Return Bond funds, which dominate the segment with a market share of more than one third. In the segment as a whole, absolute return and liquid alternatives funds generated an average return of 4.24%.

Since 2008, Lupus alpha has been evaluating the universe of absolute return and liquid alternatives funds approved for distribution in Germany based on data from analysis company Refinitiv. This Study covers UCITS-compliant funds with an active management approach. While the number of fund concepts is plateauing at 806, the volume of assets managed by these funds in the segment as a whole has grown by EUR 54 billion since the start of the year. Investors generally preferred lower-risk strategies such as Absolute Return Bond and Alternative Long/Short Equity. With a gain of 9.2%, the main beneficiaries of this were the top 5% of funds, all of which are larger than EUR 1 billion and are predominantly managed by asset management companies with good brand recognition and a strong sales offering. 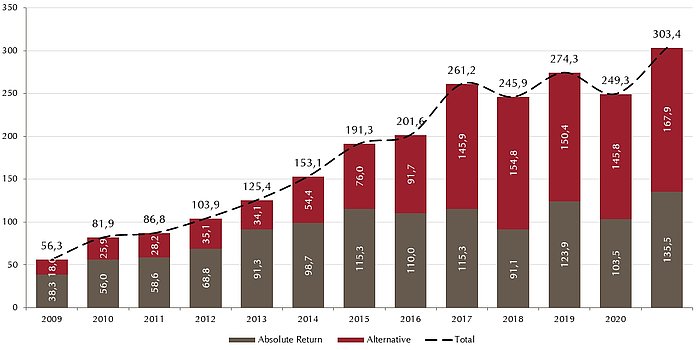 “Having lost confidence in the segment after the 2020 price crash, which in retrospect proved to be hasty, many investors returned surprisingly quickly and in remarkably large numbers in the first half of the year,” said Ralf Lochmüller, CEO and Managing Partner at Lupus alpha. “At the same time, they are now looking even more closely at manager selection, which means that only just over one in two funds was able to profit from these inflows,” Lochmüller added.

The average return of 4.24% achieved across the entire segment in the first half of the year is primarily attributable to the performance of smaller funds. While funds with a volume of more than EUR 1 billion only generated returns of 3.57%, smaller funds recorded an average of 4.27%, thus significantly improving the segment result. At individual strategy level, Alternative Long/Short Equity US recorded the best performance at over 10% on average across all managers. AR EUR High funds showed the broadest spread with returns within a range of -15.57% and +25.36% as well as Alt. Multi Strategies between -3.78% and +37.47%. The five-year analysis shows that, with a few exceptions, the returns of the billion-euro funds move within a relatively narrow range of between zero and five per cent. On the other hand, while the results of smaller funds are more widely scattered, they also provide opportunities for bigger returns.

Ralf Lochmüller: “For investors expecting above-average performance, investment success depends to a considerable extent on selecting the right managers.” And: “There are significant differences in performance within individual strategies in the group of smaller funds with a volume of less than EUR 1 billion. However, anyone prepared to carry out intensive due diligence has the opportunity to generate significantly higher returns than those achieved by large funds.”

The downloadable white paper contains further charts and information, including a breakdown of the performance of individual strategies.

Here you find a selection of photos at a printable resolution of 300dpi and graphics for download.

Of course, we would be glad to send additional graphics, photos, illustrative material or CVs upon request. 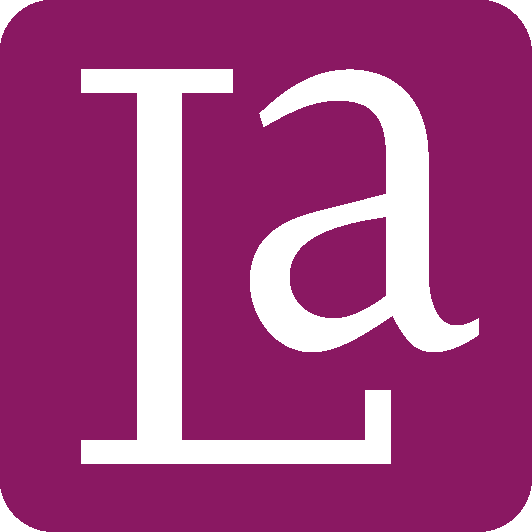 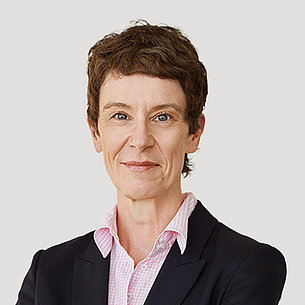 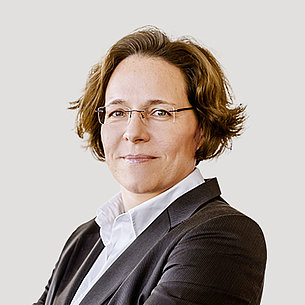 Annett Haubold
PR-Managerin, Communications
annett.haubold@lupusalpha.de
+49 69 / 36 50 58 - 7403
In order to analyse the use and to improve our websites, we would like to use cookies. If you agree, please click “Accept”. If you would like to select individually which cookies we can use, to amend your settings or to receive more detailed information, go to “More information".

Through this tool you may choose to activate/deactivate single Technologies used on this website.